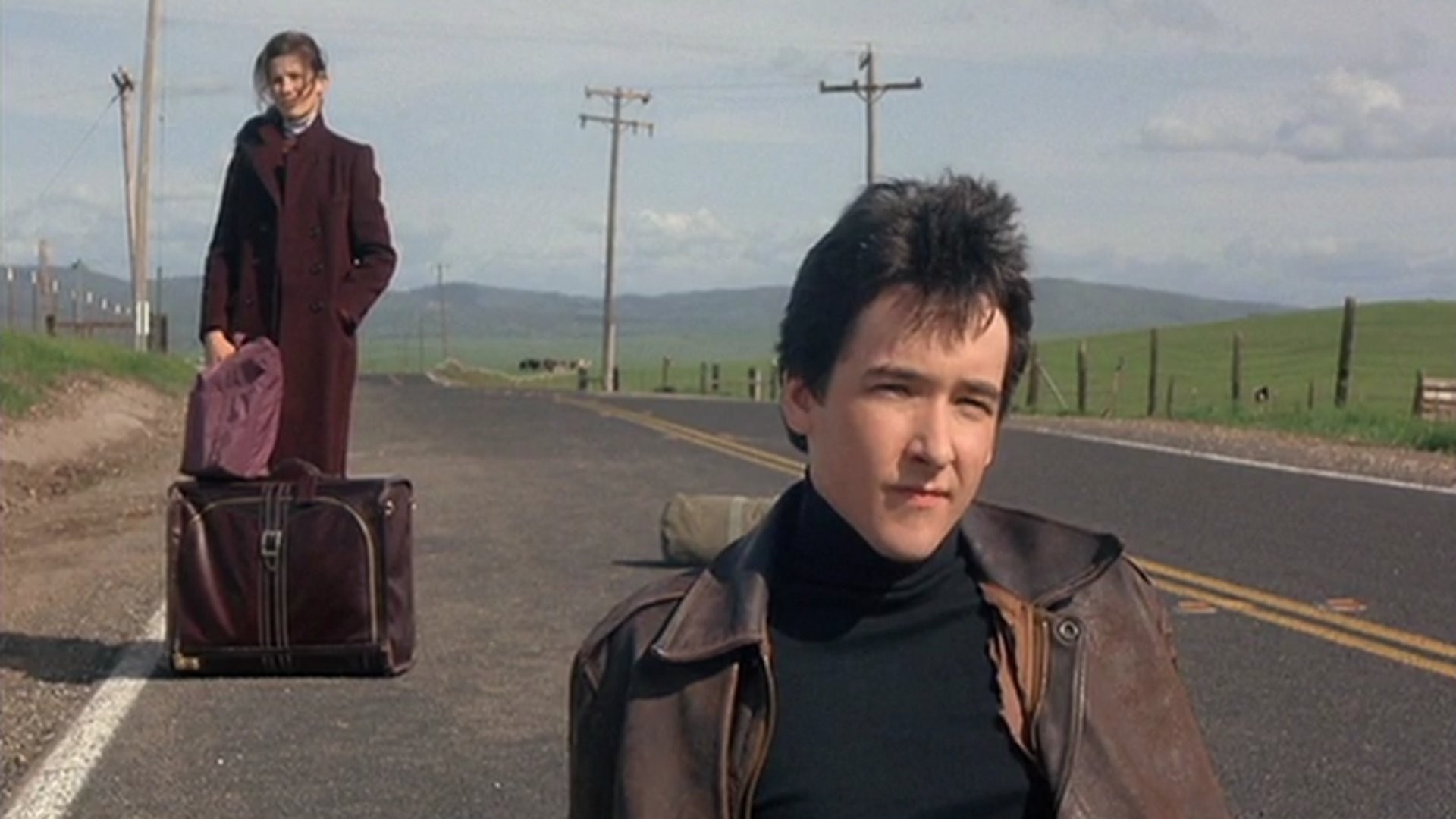 The Sure Thing was Rob Reiner’s second feature film, shot just after his dazzling debut, This Is Spinal Tap. At a time when most teen comedies focused on delivering copious amounts of crude humor while sex crazed teenagers desperately tried to get a date with the hottest girl in school, The Sure Thing had a touch of the humor found in 1940’s romantic comedies and Reiner treated his college age characters with respect, rather than treating them as idiots.

After high school, Walter “Gib” Gibson (John Cusack) and his best friend, Lance (Anthony Edwards), go their separate ways, Gib heads to college on the East coast, while Lance heads out to sunny southern California and UCLA. Gib has never had much luck with women and that doesn’t change when he arrives at college. He’s attracted to a brainy, reticent girl named Alison (Daphne Zuniga) and devises a scheme in which she ends up tutoring him, then changes the Friday night study session into something more intimate. The result is predictably disastrous and Gib has to work very hard just to get Alison to keep talking to him.

Just when Gib believes he’s destined to spend life alone, Lance offers him the opportunity to spend to come out to California for winter break. Sweetening the offer, Lance offers Gib a “Sure Thing,” in the form of a gorgeous, a bikini-clad blonde (Nicolette Sheridan). The catch? Gib has to get to Los Angeles before this Sure Thing leaves. No problem — there’s a bulletin board offering shared rides. Gib ends up in the back seat of a car driven by a showtunes-loving couple (Tim Robbins, Lisa Jane Persky) and Alison, whose headed out to California to see her ultra-preppy boyfriend (Boyd Gaines).The trip doesn’t go quite as planned, but with the two forced to travel together, they find themselves becoming attracted to one another. Signs of love are around, until things seem to change when they reach UCLA.

The writing is clever and devoid of cynicism. While the story itself is decidedly predictable, Cusack and Zuniga have a sweet chemistry that’s undeniable. The role of Gib was John Cusack’s first starring opportunity, and he made the most of the chance. His combination of youthful enthusiasm and natural charisma disarms viewers and makes it impossible to dislike him. Daphne Zuniga plays very well off him and their “love/hate” interaction is completely believable. Even thirty years later, the comedy and fun of The Sure Thing remains unforced.

Presented in the 1.85:1 aspect ratio, Shout Factory’s 1080p transfer is a definite improvement over any previous DVD release. Colors are accurate, but contrast is decidedly inconsistent. Detail is quite good with no visible digital tinkering, although the image does exhibit some occasional softness while still retaining visible film grain. Some occasional dirt is visible. This is likely as good as The Sure Thing is ever going to look.

Shout Factory has provided both a DTS-HD 5.1 Surround track, as well as a DTS-HD mono offering. The mono track is there for nostalgic purposes, while the surround track obviously adds a bit more depth to the proceedings.

Most of the special features from the 2003 MGM DVD release have been ported over and nothing else.