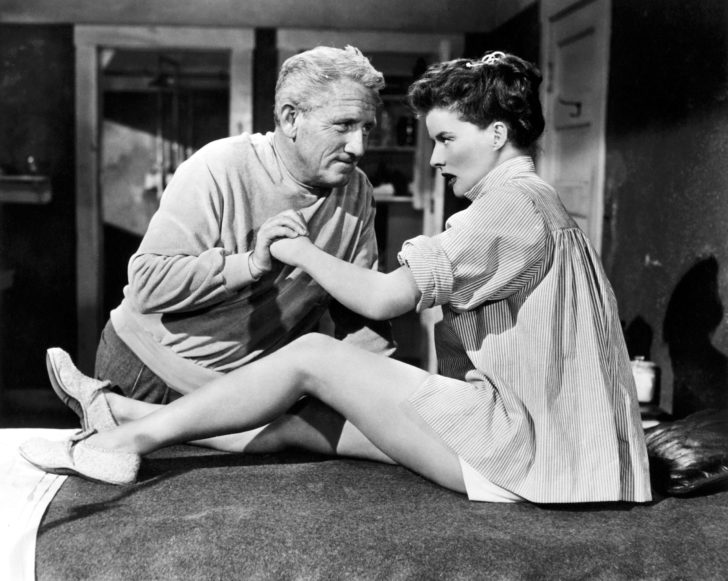 The seventh of Spencer Tracy and Katharine Hepburn’s nine films together, Pat and Mike has Hepburn playing Pat Pemberton. An accomplished athlete and physical education teacher at a California University, who excels at tennis, golf and just about every other sport, but her controlling fiancée college administrator Collier Weld (William Ching), is undermining her ability to win.

Pat decides to put the romantic relationship on hold, leave the university and join the amateur golf circuit. She’s spotted by slightly shady promoter Mike Conovan (Tracy) who is intrigued by her talent, and his mind is blown when he learns she’s an outstanding tennis player and shooter. With Mike’s guidance, Pat turns pro. Winning becomes the order of the day, jeopardized only by the reappearance of Collier and his ability to jinx Pat’s game.

As Pat’s athletic career develops, so does her personal relationship with Mike. The chemistry between Tracy and Hepburn becomes undeniable as the friendship between Pat and Mike grows. Part of the charm here is that both that their characters seem real–Hepburn’s ladylike, patrician bearing, Tracy’s gruff, working-class demeanor. At the same time, those qualities provide Pat and Mike with some of its best comic moments, as when Mike, watching Pat walk across a golf course green, remarks to his partner in a thick Brooklyn accent, “There’s not much meat on ‘er, but what there is is cherce.”

Pat and Mike is the second film scripted by Garson Kanin and Ruth Gordon after Adams Rib (1949) in which squabbling husband and wife lawyers are stuck on opposite sides of a legal dispute. As with Adam’s Rib,  Pat and Mike is an amusing battle of the sexes, but it’s also a rare occasion when the romantic leads are equals.

The supporting cast includes Aldo Ray as a childlike boxer, one of Mike’s other clients; A young Charles “Buchinsky” Bronson as a mob enforcer; Chuck Connors as a sheriff; and Jim Backus as a golf pro who convinces Pat to enter a tournament.

Presented in its original 1.37:1 aspect ratio, Pat and Mike arrives on Blu-ray looking better than ever. Given a brand new 4K restoration from the original camera negative, there is wonderful clarity and sharpness throughout, while maintaining a healthy amount of grain. There are no signs of DNR. Blacks are inky and whites consistent. The image is beautiful, featuring nice texture and strong details.

The Mono 2.0 DTS-HD MA track is likely the original theatrical mix and it fits the film well. It has a slight analog hiss, but it doesn’t affect the viewing process. There’s a nice balance between vocals, effects and score when it appears. There’s a noticeable boost in volume during most effects; a nice touch. Dialogue is clean, clear and concise throughout. 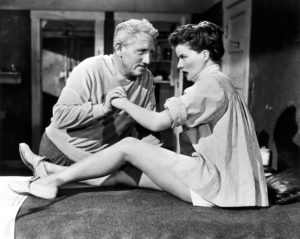