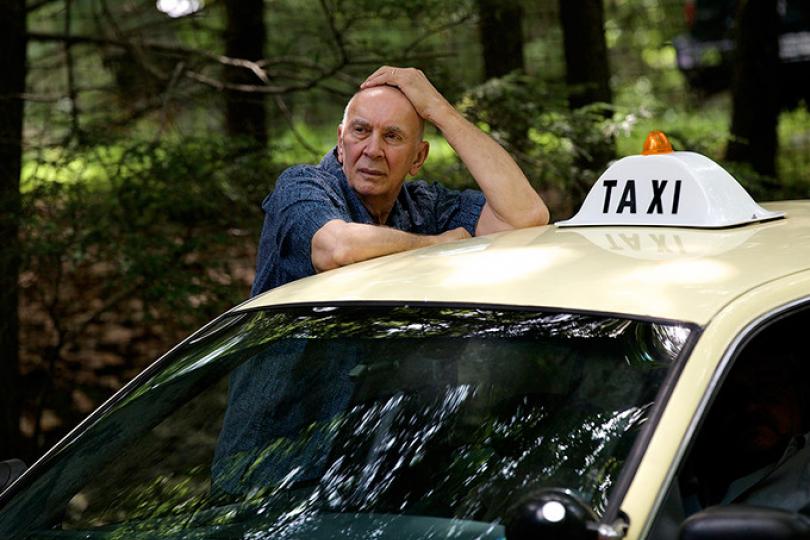 Tweet
Share
Pin
Share
0 Shares
[amazon_link asins=’B01N35XONC’ template=’ProductAd’ store=’moviegazetteo-20′ marketplace=’US’ link_id=’71e87d71-1a5a-11e7-8e16-516a8f203711′]
Ray Engersoll (Frank Langella) is constantly thinking about death.  We are introduced to the elderly, retired doctor in the opening scene of Youth in Oregon. He is gloomily staring at the surgery scar on his chest. A serious heart attack two years earlier necessitated that he, and his cheerful, social wife, Estelle (Mary Kay Place), live with their daughter, Kate (Christina Applegate), her husband Brian (Billy Crudup), and their teen daughter Annie (Nicola Peltz). The house is a crowded one, with obvious tension. Ray’s chronically cranky state doesn’t help. It’s so bad that his helpful, but increasingly irritated son-in-law has repeatedly suggesting assisted living.

However, Ray is a man with a plan, shocking everyone at his 80th birthday dinner by announcing that he has decided to die, and that he wants to go to Oregon, where he owns property, and euthanasia is legal. But, he insists on going by car, because he doesn’t fly. Weird. I know. A movie like Youth in Oregon has to set up a reason for a road trip, no matter how contrived. It’s the only way the characters can have the kind of rediscovery that causes them to reassess the choices they’ve made.

Brian offers to drive, believing he’ll be able to talk some sense into his father-in-law, and they’ll all go home happy. Ray has withheld his terminal status, leading family members to believe no doctor will honor his wishes. As a result, Kate sees no reason to go on what is obviously a fool’s errand. While this family is clearly dysfunctional, it’s a realistic one. There problems are born out of failure to communicate, and a desire to be appreciated.

The centerpiece of Youth in Oregon is a surprisingly effective performance by Frank Langella. Curmudgeonly, funny, and occasionally downright hateful, within his outbursts are often a pleasing for understanding and companionship. Determined in his quest to die on his own terms, Ray keeps his stare fixed straight ahead, unable to look any of his family members in the eye. Ray’s tantrums become less effective as time passes, and it’s clear that this is a family barely keeping it together.

Along the way, they pick up the Engersoll’s estranged son Danny (Josh Lucas), who has his own set of conflicts with his father, and Nick (Alex Shaffer) the equally distant, college student son of Brian and Kate. Despite the obvious tensions, there’s a palpable feeling of a familial bond. Once the secret Ray has been keeping gets out, there’s the expected hysteria, but then Youth in Oregon turns to examining how this devastated family repeatedly tries, and fails, to connect. Ray and Danny trade blame for their lifetime of estrangement. Something has to give.

While director Joel David Moore does an admirable job, Andrew Eisen’s script can be heavy-handed. There’s almost too much conflict. How much negativity can one family be expected to bare? That said, Youth in Oregon, is a film about family, and as most of us know, families can be messy and unpredictable no matter how much we love them.

Euthanasia is a difficult subject to discuss. Youth in Oregon doesn’t provide any easy answers. if anything, the film makes clear what a complex topic it is. At the same time, the story offers moments of humor, and profound sadness that feel real.

Presented in standard definition DVD with an anamorphic aspect ratio of 2.40:1 this presentation looks as good as this media can. Filmed in 2015, Colors appear bright, and faces appear close to normal. Because this isn’t a Blu-ray, softness is to be expected, and softness is a regular occurrence. Aside from those quibbles, this is a solid standard DVD presentation.

The Dolby Digital 5.1 soundtrack won’t blow anyone away, but it performs well in this dialogue heavy film. The mix emphasizes the music and environmental sounds throughout. Audio quality remained solid, with natural dialogue, and clear and concise effects. There were no specks, marks, dust, or other elements that damages the print.

There are no extras available.