Lilies of the Field (Blu-ray) 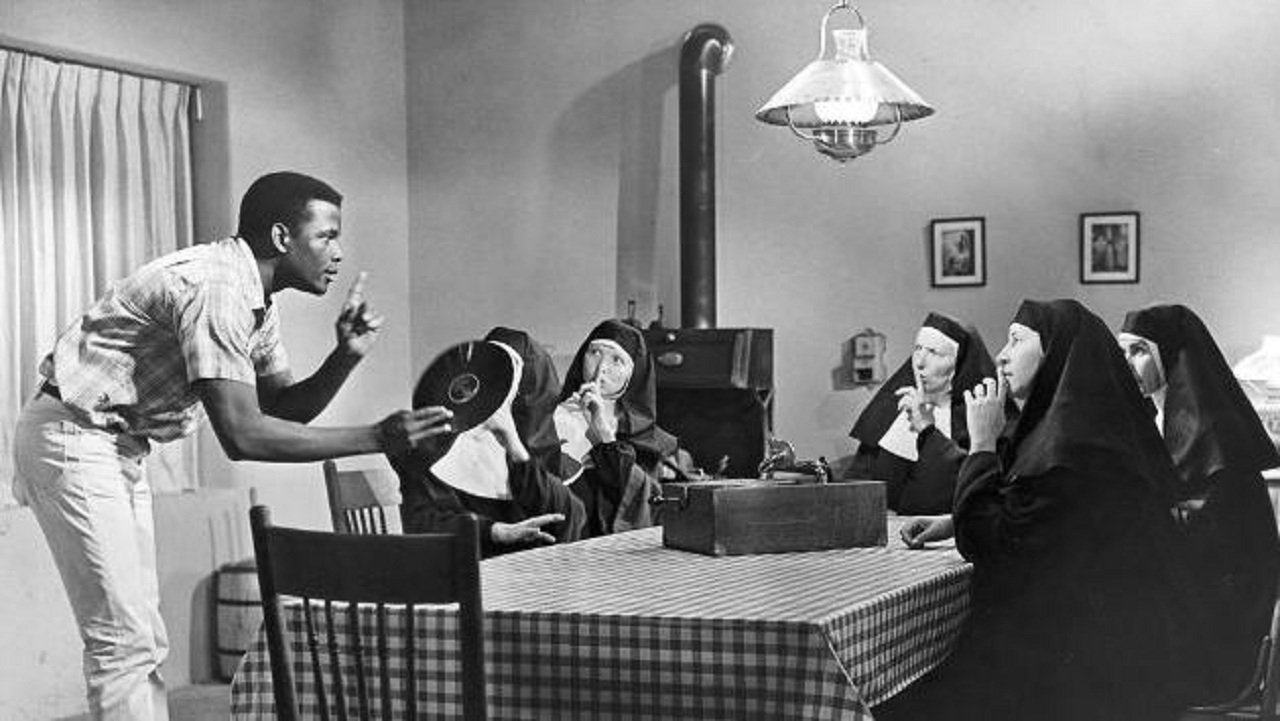 An unemployed construction worker, Homer Smith (Sidney Poitier) is traveling west when his car breaks down in the Arizona desert. When his car begins to overheat, he stops at a ranch in search of water. As it turns out, the ranch is home to a group of German, Austrian, and Hungarian nuns. Led by uncompromising Mother Maria (Lilia Skala), the nuns need help getting the roof of their living quarters repaired. Once Homer successfully repairs the roof—he carries his tools with him so he can take odd jobs as he travels—the sisters prod him into staying for dinner It soon becomes clear that Maria believes that Homer has been sent to by God. He is to build them a chapel there in the desert…

Based on the novel of the same name by William Edmund Barrett, Lilies of the Field is a surprisingly simple story with and uplifting message about faith, friendship and devotion. There’s no sex or violence and few moments of drama. However, there’s enough humor sprinkled throughout to keep the film from becoming too ‘preachy.’

Shot in just fourteen days on the northern edge of Tucson, Lilies of the Field is squarely on Poitier’s shoulders. In essentially every scene, he gives a relaxed performance and oozes charm. I’ve always believed that’s harder to do than it looks. Some actors who try to look relaxed look like they’re on drugs, but I digress. If Poitier wasn’t a bonafide star before this, he became the first black man to win a Best Actor Oscar for this role, thus cementing his status.

Lilies of the Field is inoffensive and more than fifty years after its release rather bland. Though Lilia Skala deserves credit for giving her Mother Superior a feistiness that keeps the schmaltz at bay. With all that said, Lilies of the Field deserves a place on the shelf of any serious film fan, because of the Oscar history made by Sidney Poitier.

Framed in the 1.66:1 aspect ratio, this is a solid 1080p Blu-ray presentation. Sharpness is excellent throughout, while the grayscale offers surprisingly deep blacks, and pure whites. Contrast has been well maintained throughout. While I notice just the occasional speck here and there, Twilight Time has provided a superior transfer of this classic film.

The DTS-HD Master Audio 1.0 sound mix is typical of a lower budget film of the time period. While it won’t blow you away, it does the film proud. Dialogue has been well recorded and prioritized; blending well with Jerry Goldsmith’s background score. Atmospheric effects come across well, and there are no crackles, hiccups, or other audio distortions to speak of.

There are only 3,000 copies of this Blu-ray available. Those interested should go to www.screenarchives.com to see if product is still in stock. Information about the movie can also be found via their website at www.twilighttimemovies.com or via Facebook at www.facebook.com/twilighttimemovies.

[Note: Some of this review was taken from a previous DVD review of this title by the author]