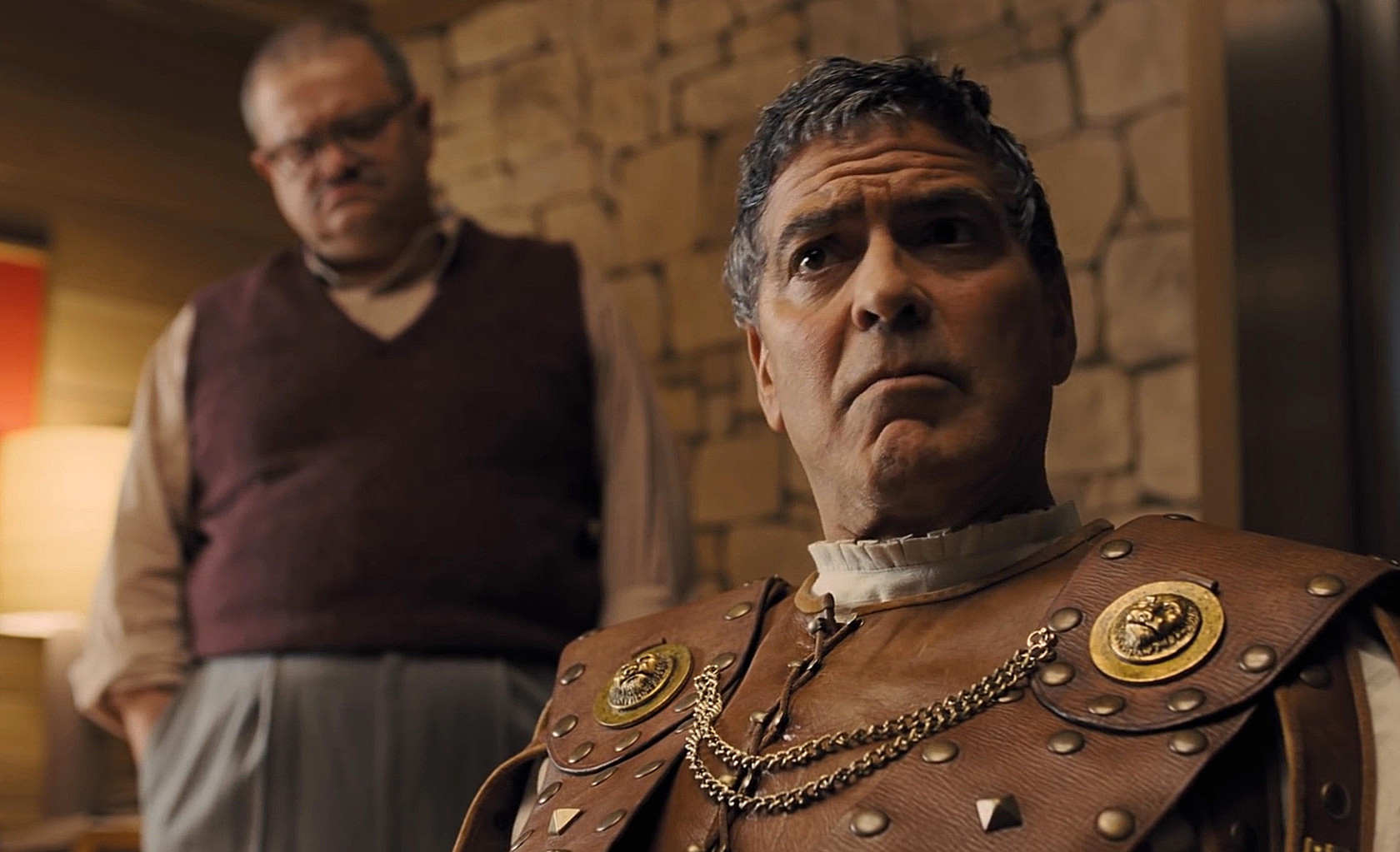 An homage to Hollywood of the 1950s, the Coen Brothers’ Hail Caesar! likely won’t appeal to everyone, but for anyone with a taste for Hollywood of yesteryear, it’s a chance to relive several old style productions including scenes from a Busby Berkeley clone, a Gene Kelly-inspired musical, a Cecil B. DeMille-influenced Bible Epic and straight forward cowboy pictures.

Set in 1950s Hollywood, Josh Brolin stars as Eddie Mannix, a big studio “fixer” running Capitol Pictures. Essentially, his job is to make sure the stars are where they’re supposed to be and when they’re not, keep their names out of the tabloids. Unfortunately, for Mannix, as soon as he puts out one fire, another begins. Eddie clearly enjoys the job, but he has misgivings about the whole thing; on a daily basis he confesses his sins to a priest. He’s Hollywood’s version of both a sinner and a saint, thinking nothing of repeatedly slapping an actress in the face.

Eddie’s most urgent problem is the kidnapping of the studio’s Baird Whitlock (George Clooney), who is currently filming the studio’s latest biblical epic “Tale of the Christ.” Other pressing issues include the pregnancy of unmarried starlet DeeAnna Moran (Scarlett Johansson), the ill-advised attempt to cast a singing cowboy Hobie Doyle (Alden Ehrenreich), as a romantic hero and the relentless pestering by twin gossip columnist twins Thora and Thessaly Thacker (Tilda Swinton). If that’s not enough, Eddie is being courted by Lockheed Martin a leader in the burgeoning aviation industry, to take a job that could give him and his family financial security.

Eddie Mannix, the character, is inspired by the real Eddie Mannix, a real ‘fixer’ who worked at Metro-Goldwyn-Mayer for decades. Those with some knowledge of Hollywood history might have their own idea of who some the other characters might be based on. The script, more episodic than a real story, has a few memorable moments. One of the funniest is Ralph Fiennes as articulate director Laurence Laurentz trying to help the hapless cowboy Hobie with a line, telling him to o say it “ruefully”, followed by a “mirthless chuckle.”  Channing Tatum is enjoyable as he sings and dances in a sailor suit. Frances McDormand makes the most of a her brief role as a tough-as-nails film editor.

The Coens have never made films aimed at everyone, and Hail, Caesar! or cared too much about box office success, much like Woody Allen, the Coens reputation allows them to cast big names in relatively small parts. This is a real ensemble piece, leaving Channing Tatum, Scarlett Johannson, Ralph Fiennes and Jonah Hill with limited screen time. Even much of George Clooney’s role is made up of scenes from a movie within a movie. It’s only Josh Brolin as Mannix, who’s truly allowed to develop his character.

A love letter to Hollywood, viewer’s appreciation of Hail, Caesar! will depend on their appreciation for 1950’s movies. Populated by a fine cast, the film is best thought of as a series of vignettes rather than a complete story.

Presented in the 1.85:1 aspect ratio, Universal’s 1080p transfer is very solid. Colrs are well stylized, somewhat muted, yet pleasing. The whole thing has an accurate Technicolor look when appropriate. Contrast is terrific, with deep blacks and fantastic detail.

The DTS-HD 5.1 Audio isn’t what you’d call immersive, but it doesn’t need to be. Importantly, the dialogue is clear and Carter Burwell’s appropriate score sounds perfect. Yje track is nothing special, but it does the job.