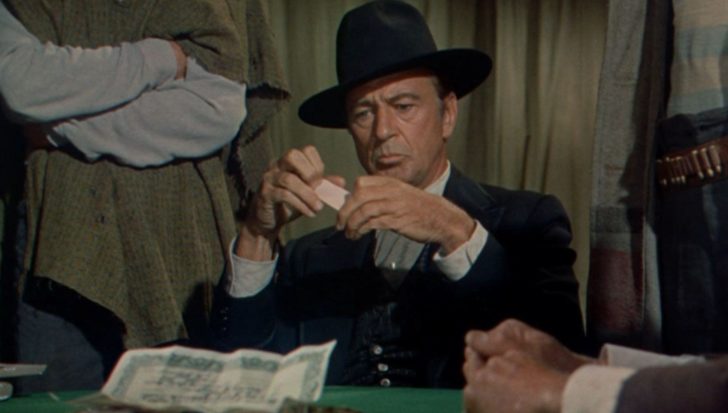 [amazon_link asins=’B078J5WDKC’ template=’ProductAd’ store=’moviegazett03-20′ marketplace=’US’ link_id=’e8e651e3-0f87-11e8-8813-4d74d61cb7da’]A modest success at the time of its release, The Hanging Tree (1959) is now largely considered a superior entry into the then fading western genre. It also marked one of the finest performances of star Gary Cooper’s career. Unfortunately, it would also turn out to be one of his last. Cooper died of cancer two years later, on May 13, 1961, at age 60.

In 1878, Skull Creek Montana is a mining camp filled with adventurous rabble rousers, and decent folks hoping to strike it rich. It’s here that rather mysterious medical doctor Joe Frail (Cooper, The Court Martial of Billy Mitchell) hangs his shingle. He is an emotionally scarred man, haunted by his wife’s affair with his brother, and her subsequent suicide. Afterwards, he burnt down the family home and hit the trail, practicing medicine at a succession of mining camps. Now in Skull Creek, Frail has proven to be a caring physician and a tough businessman.  Some of the prospectors view Frail with suspicion, which only grows when a stagecoach is robbed and overturned; the only survivor is a Swiss immigrant named Elizabeth (Maria Schell). Frail offers to nurse her. He also has the help of Rune (Ben Piazza) a young would-be robber whose life he saved, who has subsequently become his indentured servant.

Providing a home for the young woman, Frail treats her second-degree burns, concussion, and temporary blindness. It’s a long recovery, but the doctor is caring, and considerate. Skull Creek is a small town. As time passes, residents start to wonder why this this foreign woman has been at the doc’s place so long. None more so than Big Frenchy, a brute, (Karl Malden, Birdman of Alcatraz) who happens to be the man who found Elizabeth and would now like her for himself. Things get tense when Frail turns Elizabeth out with no real explanation. She pairs up with Frenchy, and the two stake a claim. They strike it rich! Emboldened, Frenchy challenges the doc to a massive brawl.

Veteran director Delmer Daves (3:10 to Yuma) delivers a strong and emotional story without being to sentimental. His casting choices are perfect. Gary Cooper is command of the screen. While Frail is among his darkest roles, underneath all the mystery and anger there’s a glimmer of the “good guy” we expect Cooper’s characters to be. By this time, Austrian actress Maria Schell had made a handful of popular European films and her major Hollywood debut had been in Richard Brooks’ The Brothers Karamazov, but it was her vibrant performances as Elizabeth that made people take notice. Not to be forgotten is the always reliable (and versatile) Karl Malden, who delivers a strong performance as the skeevy prospector Frenchy. The Hanging Tree marks the first film role for George C. Scott, Firestarter, as a rather crazy faith healer.

In the early days of DVD, The Hanging Tree was on the want lists of western fans and collectors alike. We were thrilled when Warner Archive delivered in 2012! Now available on Blu-ray, Warner Archive have provided a brand new 1080p HD transfer that was remastered specifically for this release using an MPEG-4 AVC encode from a brand new 4K scan of the film. Shot in 1.85:1, the film is presented in the 1.78 :1 aspect ratio. The result is wonderful. The level of detail is outstanding throughout, and the color correction appears natural and vibrant. Ted D. McCord’s beautiful Wyoming cinematography, and its various angles really shine. This is a very solid transfer.

The DTS-HD MA 2.0 from the original mono is strong. Dialogue is clean, clear, and concise throughout, with no hisses or other distortions. Max Steiner’s sweeping orchestrations are given room to flourish as the action requires. 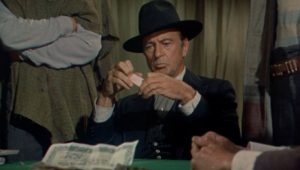