Blu-ray Review: Love Among the Ruins

Love Among the Ruins [TV Movie]

Movie title: Love Among the Ruins

Released in 1975, the TV movie Love Among the Ruins marked the first-and only-time acting royalty Katharine Hepburn and Laurence Olivier would work together onscreen. Helmet by Hollywood veteran George Cukor, who had directed Hepburn in eight films, including such classics as Holiday, The Philadelphia Story, and her 1934 screen debut Bill of Divorcement. Their obvious comfort with each other leaves Hepburn looking relaxed, free to explore the idiosyncrasies of her character.

Olivier plays Sir Arthur Glanville-Jones (“With a hyphen”), one of the best barristers in Edwardian England. He has been hired to defend an aging actress named Jessica Meldicott (Hepburn) in a breach of promise case. As it turns out, the actress and her lawyer had met forty years earlier, when both were very different people. He remembers every moment of their brief, but romantic affair in Toronto when Jessica was a young ingenue and he was a law student. Their three passionate days together have stayed with him all these years. Befuddled, she says nothing.

As the trial nears, Glanville-Jones desperately, but unsuccessfully, tries to jog her memory. His frustration reaches a boiling point when, ignoring his instructions, Jessica wears a cherry red frock and furry white boa to court. Glanville-Jones resolves to put his client in her place.

Had these characters been played by other actors one might have become bored by the nostalgic small talk and limited, enclosed spaces reminiscent of theatrical sets. Instead, we are treated to a wonderful battle of wills aided by an Emmy winning script from James Costigan (Eleanor and Franklin). Hepburn and Olivier make an awkward, but delightful pair, it just a shame this late-in-career TV movie stands as their only pairing. At least they made it a good one!

Love Among the Ruins took home six Emmy Awards in 1975, including Outstanding Lead Actor and Actress in a Special Program, Outstanding Directing and Writing, and Outstanding Art Direction and Costume Design. Having never seen the movie before and having heard very little about it, I imagined it to have Shakespearean undertones given Laurence Oliver’s presence. I couldn’t have been more wrong. It’s just the kind of lightweight viewing lots of movie fans will be looking for during these difficult times.

A brand new 2K master, Kino’s 1080p transfer is presented in the 1.66:1 aspect ratio. Colors are excellent, particularly the bright red of Hepburn’s courtroom outfit. Blacks are lush and deep, while whites are bright and resist blooming. Unlike most TV movies, Love Among the Ruins exhibits enough grain to have a filmic like feel. Flesh tones appear natural throughout and costume textures are distinct.

The DTS-HD Master Audio mono track provides a pleasing experience for this dialogue heavy film. Atmospherics are distinct throughout. The great John Barry provides a fine musical score that fills the air and keep distortions minimal, allowing no significant hisses, pops, or crackles. 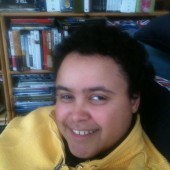