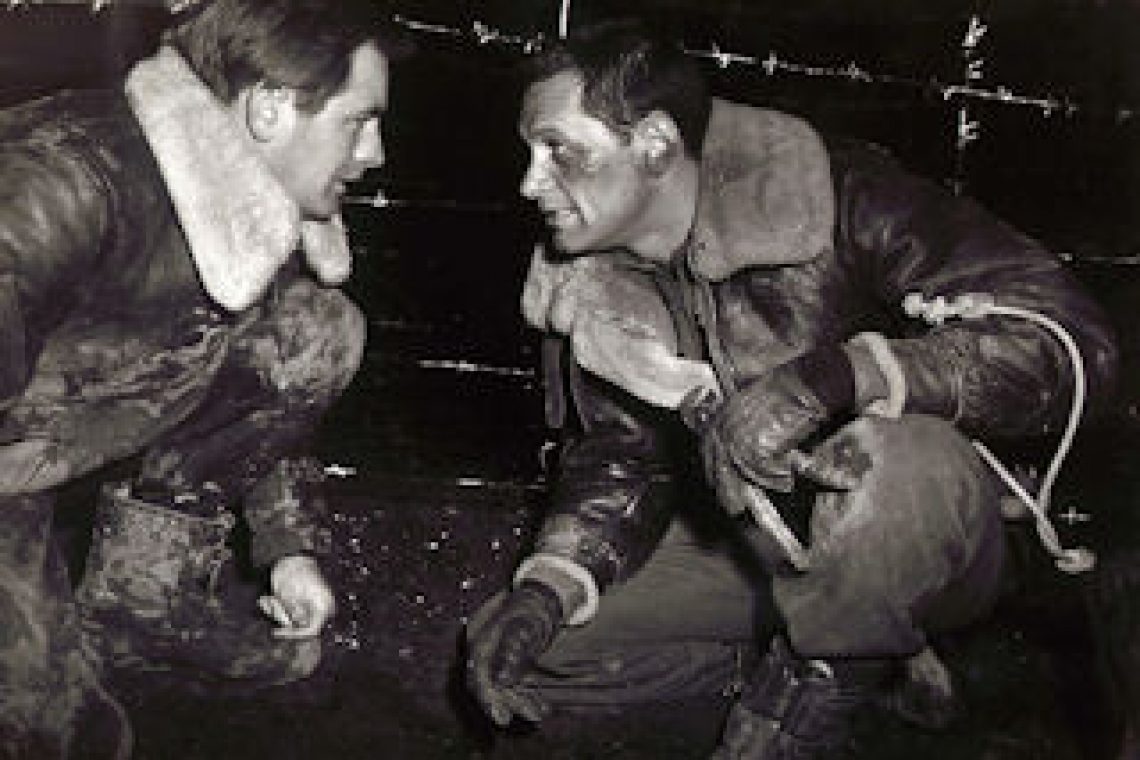 Never one to shy away from controversy, director Billy Wilder took on Stalag 17; a comedy tinged war film less than a decade after the end of World War II and with the United States mired in the Korean War. Reworked by Wilder and Edwin Blum from a play by Donald Bevan and Edmund Trzcinski, Wilder was determined to being the project to the screen despite the objections of some studio executives. Stalag 17 was a big success at the box office, and earned William Holden an Oscar for Best Actor in a Leading Role.

The story takes place entirely within Stalag 17, a German POW camp. The American prisoners, all sergeants, include: Sefton (Holden), the pessimistic operator of the building’s black-market “department store;” Price (Peter Graves), the good-looking “security” officer, who keeps his fellow prisoners in line; Hoffy (Richard Erdman), the “barracks chief;” Animal (Robert Struass), who has an obsession with Betty Grable, and his best friend, Harry Shapiro (Harvey Lembeck); and Joey (Robinson Stone), a mute suffering from post traumatic stress syndrome. Theyare preparing to send two of their own down a tunnel that will take them to freedom. Sefton believes the plan has no hope of success, and is willing to bet that the two won’t even make it to the forest outside of the camp. When the two men are indeed shot dead at the end of the tunnel, the prisoners begin to think that there just might be a traitor in their midst—the cynical Sefton is the perfect suspect. Interested in making his life as comfortable as possible, Sefton regularly makes deals with their German captors, including the cruel Colonel on Scherbach (Otto Preminger) and his aide, the apparently good natured Sergeant Schulz (Sig Ruman). However, after being beaten for his complicity, Sefton uncovers the identity of the real rat. Nonetheless, this poses a serious dilemma. When should he reveal the real traitor, and if he does, will anyone believe him? 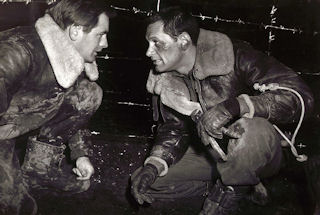 In the first half, Wilder creates an element of mystery, with the soldiers and audience alike wonder just who the traitor might be. While it’s quite obvious that Sefton is a red herring, the search is fascinating. Once Sefton identifies the culprit, the story becomes one of ethics. How does Sefton use this new information? For personal gain? To save American lives?

Billy Wilder is one of the few directors who were truly able to successfully work in every film genre. As a Jewish émigré who fled Nazi-occupied Austria, the fact that he took on a story like Stalag 17 is amazing, really. Extremely well written, there’s a surprising amount of humor (granted, it’s largely of the dark variety) on display, considering the seriousness of the topic. It never seems out of place, rather it makes the whole ordeal easier to understand and absorb.

The cast, comprised largely of character actors, offers standout moments for almost all of the performers. Robert Strauss received a Best Supporting Actor Oscar nomination for his imposing portrayal of Animal. William Holden’s Oscar winning role is one of the most interesting of his career. Sefton is at once both caring and conniving. Unfortunately, Holden doesn’t always get the credit he deserves; many, including Holden himself, felt the Oscar was compensation for the award he had been denied for Sunset Boulevard.  While Holden’s work in Boulevard was excellent, his work in Stalag 17 deserves to be evaluated on its own.

Whether you laugh or not, Stalag 17 is a bona fide classic with some interesting things to say about the follies of war and the definition of heroism. Stalag 17 comes highly recommended.

Presented in the original 1.37:1 aspect ratio, this is a fairly solid 1080p transfer. The black and white cinematography of Ernest Laszlo exhibits nice contrast. While the image is decidedly dark at times, it does appear stable. There are virtually no signs of print wear. No discernible edge enhancement or aliasing mar the picture, either, and the film grain has been left intact.

The special features have been ported over from the 2006 Special Edition DVD: