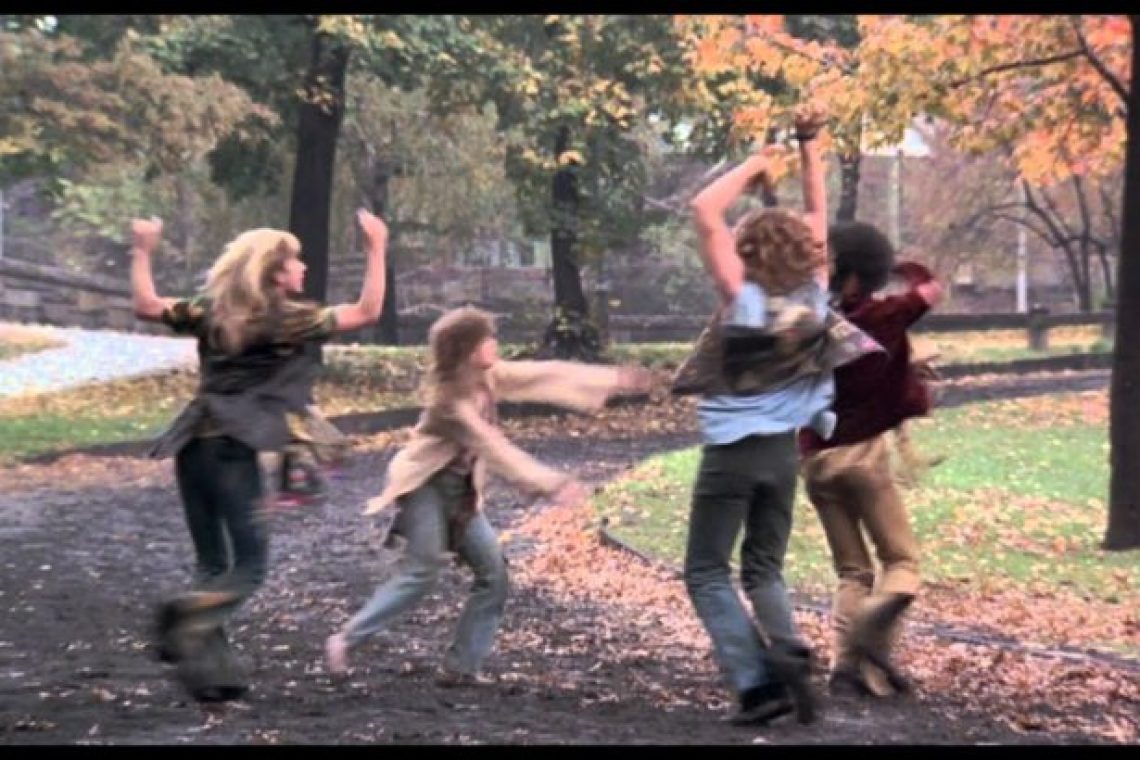 Based on the ground-breaking 1968 Broadway musical of the same name, Hair was long considered unfilmable. Under the guidance of noted director Milos Forman (One Flew Over the Cuckoo’s Nest, Amadeus) Hair made it to the big screen in 1979. An attempt to recapture the flower children, anti- peace movements, and rebellious youth of the late sixties, the story feels outdated, its music as timeworn as its characters. Still, the choreography is inventive, and the film holds a special place in the hearts of many.

The film’s thin plot involves an Oklahoma farm boy, Claude (John Savage), traveling to New York City to join the army, and serve in the Vietnam War. Why he must travel all the way from Oklahoma to New York in order to join up is never explained, but it gives Claude a few unscheduled days in the big city. He meets a group of hippies in Central Park, led by a fellow named Berger (Treat Williams), and including blonde, easy-going Woof (Don Dacus), pregnant flower child Jeannie Ryan (Annie Golden), and angry, righteous Lafayette, also known as “Hud,” (Dorsey Wright). Before long, the conservative Claude finds himself entangled in the groups hijinks, and in love with a society girl, Sheila (Beverly D’Angelo), who seems eager to break out of the upper-class conventions under which she lives.

Not much happens, except lots of singing and dancing. If you don’t care for the music, which I admit isn’t my cup of tea, there isn’t much to see here. Familiar songs include: “Age of Aquarius,” “Donna,” “Got Life,” “Manchester England,” “Ain’t Got No,” “Good Morning Starshine,” “Let the Sun Shine In,” “Easy To Be Hard” and of course, “Hair.” Some of the songs are undeniably catchy, watching the film today; I couldn’t’t help but feel like many of them didn’t really capture anything important. I realize I could be all wet, because I know people who still count this soundtrack among film history’s best.

From a story perspective, Hair lacks a strong central character. Screenwriter Michael Weller (Ragtime) seemingly couldn’t decide between Claude and Berger. As a result, both characters are never fully developed, and neither generates any sympathy. We don’t particularly care what happens to them, which takes the sting out of the ending; An ending that’s so unbelievable, that it might not illicit much sympathy even if we did care about the characters.

What might have seemed outrageous in 1967—some brief nudity, a few risqué words—seemed ordinary when the film was released in 1979, seems innocent in 2020. If you’re not a massive fan of musicals, skip this one. Hair fans will be pleased that the film finally has an extras laden Blu-ray.

Presented in the 1.85:1 aspect ratio, this 1080p transfer is taken from “a new restoration of the film.” A significant improvement over the 2011 Blu-ray release from MGM. Detail is strong and colors are bright and bold. Edge enhancement and digital noise reduction aren’t an issue. There’s a nice amount of natural film grain and little in the way of print damage, just a few specks here and there. Blacks are inky, contrast is strong. There are no noticeable compression artifacts to note. Viewers should be very pleased with this strong transfer from Olive Films.

The DTS-HD 5.1 Master Audio track is solid, spreading out the score and musical numbers well. Volume levels have been improved over the previous Blu-ray release, making the orchestra and choral ensembles occupy the surrounds, with solo singers (as well as the well recorded dialogue) occupying the fronts and rears. There are no age-related defects or distortions to mar the listening experience.

Unlike the MGM Blu-ray which only had a trailer, this Blu-ray contains significant extras. First, is a half-an-hour long featurette entitled The Tribe Remembers which includes interviews with cast members Beverly D’Angelo, Don Dacus, Ellen Foley, Annie Golden, John Savage, and Dorsey Wright. There’s lots of archival footage and photographs as the cast reflects on making the film.

Making Chance Work: Choreographing Hair is a thirteen minute interview with choreographer Twyla Tharp. She gives some background on her career, and how she came to work on Hair before diving into what was involved in putting together the many dance numbers for the film. Some nice archival photos are used.

Cutting Hair is an interview with editors Lynzee Klingman and Stanley Warnow that runs for twenty-one-minutes. The two discuss their training, and how they came to work on Hair. They reflect on working with director Milos Foreman, their attempts to create a certain tone and flow for the film, the process of cutting musical numbers together, and more.

Artist, Teacher, Mentor: Remembering Milos Forman is a 24-minute interview with director James Mangold (Ford Vs. Ferrari, Walk the Line) discusses his thoughts on the late Milos Foreman and his importance in both his work and his independent process. Mangold also reflects on what it was like to work around him on sets.

Rounding out the extras are a Theatrical Trailer, an Essay on the film by Sheila O’Malle (available on the disc and in hardcopy format as a full color insert booklet included inside the clear Blu-ray case). 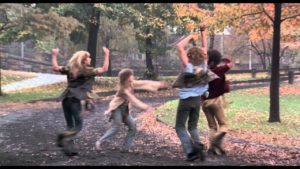 Once Upon a Time in America: Extended Director’s Cut (Blu-ra...
Menu