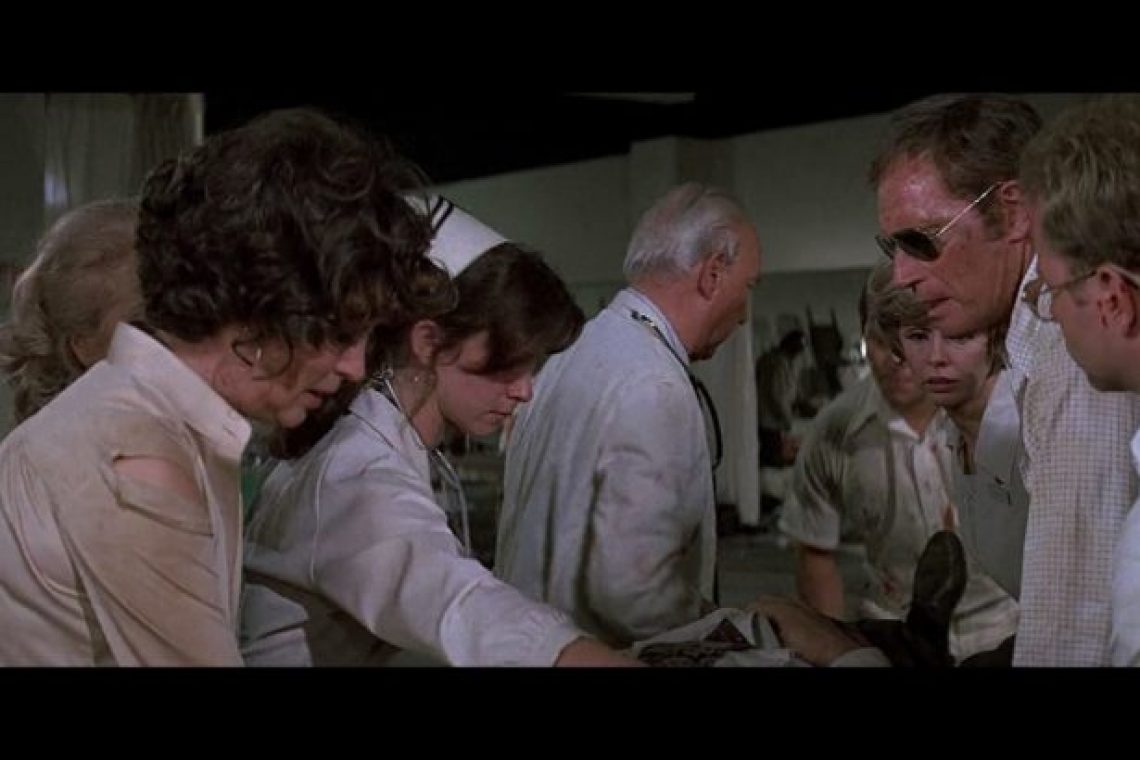 In the 1970’s, it was widely believed that much of California would be driven into the pacific by a massive earthquake, the likes of which we had never seen before. Hollywood used the disaster movie craze to show moviegoers just what would happen when the Big One hit Los Angeles. Released in 1974, Earthquake features a big all-star cast, and was the first film to use sensurround, a technique whereby low frequency bass sounds were layered onto the soundtrack to give a rumbling effect. The process was only used in three subsequent films: Midway, Rollercoaster, and Battlestar Galactica.

When a small tremor hits Los Angeles, residents aren’t particularly concerned and go about their lives. Former football player and world class engineer Stewart Graff (Charlton Heston, Any Given Sunday), and his wife Remy (Ava Gardner, Seven Days in May) are fighting with an intensity that suggests a marriage that long ago ran out of steam. Remy is the daughter of Stuart’s boss (played by Lorne Greene, who was only eight years older than Ava Gardner!). Tired of arguing, Stuart takes off visit the widow of a co-worker Geneviève Bujold) to give her kid a signed football.

From there, the film introduces a series of characters around Los Angeles. Daredevil Miles Quade (Shaft’s Richard Roundtree) is preparing a big motorcycle stunt for a representative from a Las Vegas Casino with the help of Rosa Amici (Victoria Principal with a comically huge afro) and suspended LAPD officer Lou Slade George Kennedy, Airport) Slade is enchanted by the pretty Rosa, but she has also caught the eye of unhinged grocery store manager/ National Guardsman, Jody (Marjoe Gortner). It’s just another day in the City of Angels. The residents have no idea that the largest earthquake on record is about to wreak havoc on the city, leaving unspeakable carnage in its wake.

Working with a script by Mario Puzo, apparently drastically simplified by George Fox after Puzo left to work The Godfather Part II, director Mark Robson (The Valley of the Dolls) does his best to give the big names in the cast equal time to shine. Some of the scenes are over-the-top, but I don’t think anyone expects Shakespeare. The entire film is an over-the-top experience! Once it strikes, the disaster itself takes center stage. Filmed long before CGI, it’s fairly impressive. Despite the obvious use of models, the destruction of Los Angeles is well done. The special effects hold up pretty well, it really looks like the entire city is being shaken apart. The devastation just keeps coming, giving Charlton Heston a chance to do the manly Man act he was known for, and George Kennedy a chance to be the everyman type hero he was in several disaster movies of the era.

Earthquake is far from great cinema, but it’s undeniably entertaining. Featuring some legendary stars, supported by numerous recognizable faces, Earthquake is a highly recommended film for fans of the disaster genre.

Shout Factory’s new Earthquake: Collector’s Edition is a real treat. The two-disc set contains both versions of the film. First there’s the original theatrical cut with the Sensurround sound that made seat rumble as the screen shake. Then there’s the TV Cut of the film that ran over two nights in 1976. Interestingly, these aren’t deleted scenes, but  wo whole new sequences that were filmed 1.33:1 for TV so they can’t be slid into the theatrical cut.

The Theatrical Cut offers two audio options, English 5.1 DTS-HD MA, or English 2.1 DTS-HD MA (with Sensurround Audio), English 2.0 DTS-HD MA, while the TV offers English 2.0 DTS-HD MA track. For the purposes of this review, I decided to try the Sensurround track. I was pleasantly surprised. It has a nice volume level, with no real distortion interference. The subwoofer is used effectively for low frequency sounds. There variation of involvement during the earthquake scenes creates real excitement. The mix itself is well balanced and the sound effects have a nice sense of depth for a film this age. I did test the audio options, and I would recommend the Sensurround track if you want to recreate the Theatrical experience. 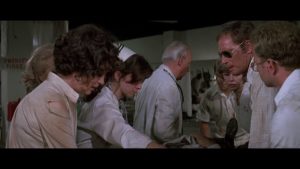